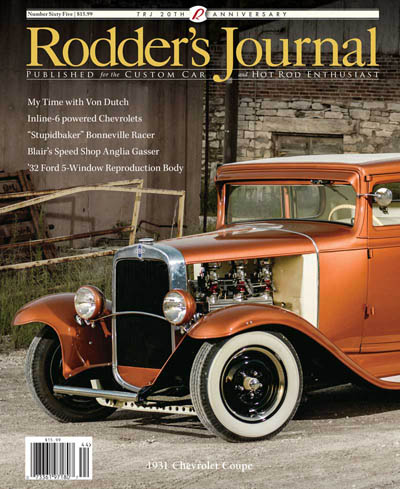 Self-proclaimed Deuce fanatic Steve Centracchio took a slightly different route when he built his two inline-powered ’31 Chevy hot rods. His chopped roadster is powered by a 302-inch GMC six-cylinder, while his coupe has a tri-carb 261-inch Chevy inline under the hood. With its chopped top, ’57 Chevy Sierra Gold paint, and wide whitewall bias-ply tires wrapping painted steel wheels, the coupe is the perfect compliment to his similarly ’50s-style ink black roadster. Freelance photographer John Jackson traveled to Steve’s home in Missouri to photograph the pair.

Our second installment about the life and times of veteran speed shop counterman, the late Pete LaBarbera, takes a look at his cross-country travels in the late-’60s and early-’70s. During that time Pete ran speed shops in California and Maryland, snapping photos of everything he saw along the way. Accompanying all the stories his friends and family could remember are Pete’s photos covering everything from the first NSRA Mini-Nats East in Rockville, Maryland, (the pre-cursor to the Timonium and later York Nats East) to the drag strips of California and the Bonneville salt flats.

Our feature on the Blair’s Speed Shop B/Gas Anglia delves into the car’s late-’60s and early-’70s drag racing history as well as its recent restoration by hot rodder Don Lindfors. Blair’s employee Jay Lindsley originally built the Anglia in 1968, campaigning it until “The Last Drag Race” at Lions in 1972 (and recording a best of 142mph in 9.76 seconds in the process). It was sold, hot rodded, and street raced until Lindfors stumbled on it years later. After discovering the Anglia’s history, Don, who had watched it race as a kid, embarked on a complete restoration to its late-’60s guise. Featured alongside location photography taken at Bakersfield are historic photos of the car under construction and being raced over four decades ago.

Five days before Christmas in 1959, the heavy hitters of drag racing descended on Riverside, California, for a race that few have ever heard of. Pat Ganahl unearthed a treasure trove of photos from that day, telling the story of how everyone from Ernie Hashim and Tommy Ivo to Mickey Thompson, Chris Karamesines, and “Big Daddy” Don Garlits battled it out on the backstretch of Riverside Raceway. Featured are Ivo’s first Kent Fuller-chassied blown nailhead dragster, Jocko Johnson’s Streamliner, the Speed-Sport II blown fuel Hemi, Art Chrisman’s “Hustler” in baremetal, Hashim’s front-blown rail, and many others.

Coker Tire is known for reintroducing or replicating vintage tire styles for period rods and customs. Their latest endeavor is an expansion of their popular Dirt Track tire line and their new bias-ply profile American Classic radials. We take an in-depth look at the construction and styling of the 11.00-series Double Diamond Dirt Trackers as well as the extra-wide 14/31-series tires popularized in the late-’60s and ’70s on highboy roadsters and competition style coupes. We also examine the construction and performance characteristics of their groundbreaking American Classic white and black wall radials that feature a convincing bias-ply look.

Following in the footsteps of Nick Matranga and his iconic Barris-built chopped Merc, California customizer Kevan Sledge has finally finished his period-perfect ’40 Merc taildragger. The car has been on the road in various stages of completion for over a decade. In that time it has evolved from a rough-hewn, in-progress custom to a refined cruiser masterfully designed with all the hallmarks of the classic early custom era. Kevan is also a founding member of the seminal Southern California car club, The Shifters, and our story tracks the evolution of both custom and customizer.

Along with building top shelf street-driven hot rods, Johnson’s Hot Rod Shop has a reputation for turning out some impressive and beautiful competition cars. Their latest for owners Paul and Betty Gilliam is the “Stupidbaker,” a chopped, lengthened, lowered, and downright wicked ’53 Studebaker that was built with the goal of going 300mph on the salt. Its streamlined profile and mind bending internal structure is a study in engineering and graceful design. At the heart of the beast is a 900hp, 369-inch GM Racing SB2 smallblock Chevy. We photographed the Stupidbaker at Bonneville during the rained-out 2014 Speed Week and in our studio.

After United Pacific introduced the first all-steel reproduction ’32 Ford five-window body, they turned to Roy Brizio Street Rods to have a complete car built for United Pacific’s president, Major Lin. Our baremetal feature captures the car in our studio when we had the opportunity to examine every stamped and hammer-welded panel prior to final paint and upholstery. The chopped coupe has a perfect rake and sits on painted steel wheels with black wall Excelsior radials for an early-’50s vibe, but under the hood is a stout Edelbrock crate smallblock Ford V8.

Well-known hot rod writer, editor, and custom car fanatic Terry Cook takes an interesting look at his time with Kenneth “Von Dutch” Howard throughout the ’70s and early-’80s. Visiting Von Dutch during his stint as curator of Jerry Brucker’s MovieWorld Cars of the Stars museum in Buena Park and his days living in his GMC bus in Santa Paula, Terry shares the types of anecdotes and words of wisdom Von Dutch has become famous for. Never before published photography shows the curious artist in his own shops and hanging out with “Lil’ John” Buttera in his home garage, along with some of the weapons and other relics Von Dutch was working on during that time. 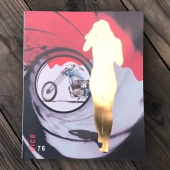 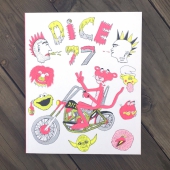 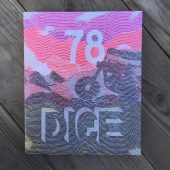 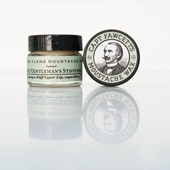 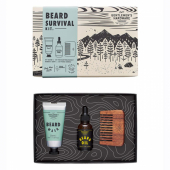 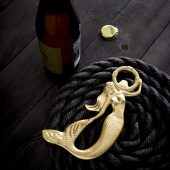 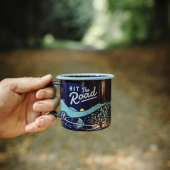 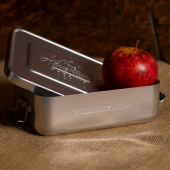 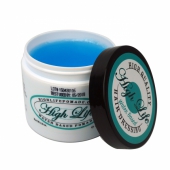 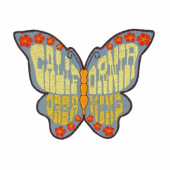 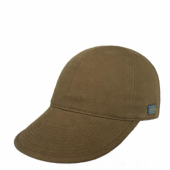 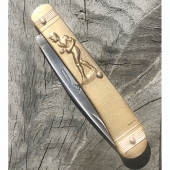 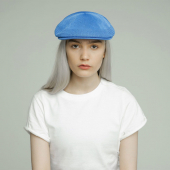 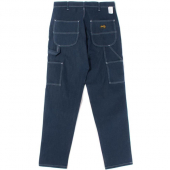 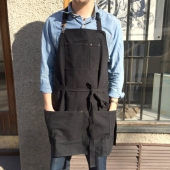 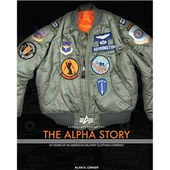 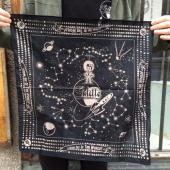 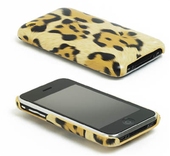